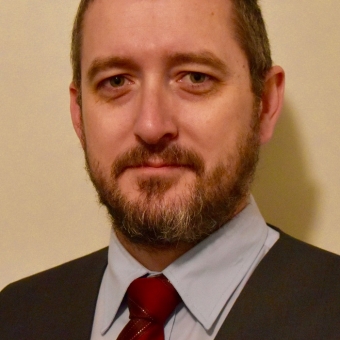 Grant Hannaford is a qualified optical dispenser and lens designer. He graduated with a BSc with a major in physics and pure mathematics, spectacle lens design with honours from ADBO (UK) as well as a BA (Hons) from the University of New England. He has an interest in geometric optics, mathematics and photonics. Currently he is investigating progressive lens adaptation and prevention of lens wear related injuries. Grant has regularly contributed to industry conferences and publications and provided technical oversight on the most recent editions of industry dispensing texts.

Grant is a Fellow of the Association of British Dispensing Opticians and ADOA. He is the past Chairman of the NSW Optical Dispensers Education Trust and the current Vice President of ADOA (NSW) and recent appointee to the Australian Standards Committee for Spectacles.

Since 2006 Grant has been the Coordinator of the Rotary Eye Projects in Nepal and Mongolia. He works closely with Reiyukai Eye Hospital, Nepal and Ulaangom Hospital, Mongolia. Grant has been involved annually since 2014 as a speaker for the Blue Sky Congress, a continuing education event for optometrists and optical dispensers in South Australia.

He has been awarded as a Paul Harris Fellow and is formally recognised by the Australian government for his aid work in Mongolia and Nepal.