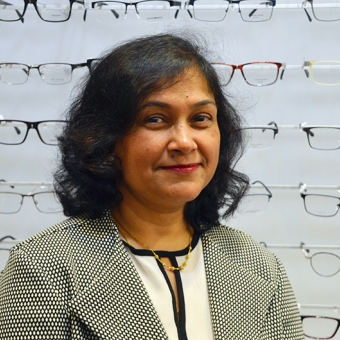 Maitreyee Roy is a Senior Lecturer in the School of Optometry and Vision Science at the University of New South Wales, Australia. She was awarded Ph.D. in Physical Optics from School of Physics at the University of Sydney. Her PhD research was focused on the fundamental principle of “Geometric Phase” in optics and its application for 3D imaging for biological and non-biological sample. One of her major contributions in this area was to demonstrate achromatic nature of geometric phase, which has opened up new insights into broadband interferometry with applications ranging from biological systems (Optical Coherence Tomography), electronics (Semiconductor industry) to astronomy (Stellar Interferometry).

Prior to joining UNSW in 2015, she worked in multidisciplinary research projects in government and academic institutions including the School of Physics and Australian Key Centre for Microscopy & Microanalysis at the University of Sydney and National Measurement Institute, Australia (NMIA). While at NMIA as a Research Scientist, she conducted and led various Optical Standards and Nano-metrology projects focusing on establishing and maintaining the capabilities underpinning the delivery of measurement services for industry, government and to the research community.

Courses I teach and coordinate