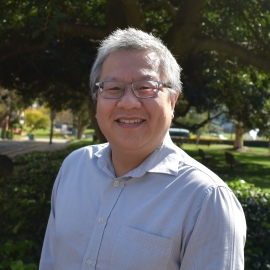 My research program is primarily focused in the discipline of visual perception with emphases on cognitive and visual neuroscience. This research seeks to understand the computational rules underlying the extraction and processing of visual information and how this information is used by the visual system to aid visually guided behaviour. This research focuses on the following areas: 1) To contribute to the understanding of visual perception with emphasis on the computational processes that underlies the perception of 3D motion and form. 2) To understand how the visual system detects image contrast, and how efficient and focused measures of this visual function can be applied to vision screening and the diagnosis of visual dysfunction.

My research primarily focuses on using visual psychophysics to characterize and quantifying human perception. Particularly this research seeks to measure how sensitive is the visual system in detecting visual attributes and characterizing the factors that affect this process. This work is experimental in nature and cross-disciplinary with emphasis on neuroscience, psychology and optometry.

A major theme of my research is to understand how the visual system is able to detect and recognize the form and motion of objects in the three-dimensional environment.  This is not a simple operation as the brain must first extract local/feature components of the image and then combine them for object recognition. At present our understanding of the computation underlying this process is limited and my research seeks to infer from behaviour what these computational rules are. This involves first measuring the detectability of motion and form information and second determining how might form and motion perception changes when other visual attributes are manipulated.  Understanding the conditions under which perception changes, allows for inferences to be made about the specificity and specialization of the visual system in the processing of form and motion which can be related to neurophysiological studies that explore where and how vision is processed in the brain. Current projects in my laboratory investigate the mechanism by which local and global form and motion estimates are derived, and what role visual awareness plays in this process.

Recently, I have sought to develop and adapt appropriate psychophysical tests/tasks for clinical assessment and use to detect and contribute to the diagnosis of eye disease. For example, recent projects have sought to characterize global motion and form loss in dry cleaners who have exposed to organic solvents. Exposure to organic solvents leads to neurotoxicity, which causes changes in visual function. Behavioural measures of global form and motion have been applied to characterize loss in dry cleaners. Current student projects continue this theme by investigating the development of more functional tests of colour perception, and in the characterization of music sight reading in expert and novice musicians.

In collaboration with the Centre for Eye Health research has been conducted to investigate the influence of spatial and temporal summation in the detection of contrast in perimetric technologies. Here research is focused on devising the most appropriate spatial and temporal stimulus properties that might lead to better detection and diagnosis of eye diseases.

My research laboratory offers opportunities to undertake supervised research in a variety of projects that seeks to understand the functional basis of visual behaviour, and the development of appropriate psychophysical tests to detect and characterize eye function. Current topics are:

My teaching specialization is in Vision Science and falls into two areas: the biological basis of behaviour, with a strong emphasis on neuroscience and cognitive neuropsychology, and sensory perception, incorporating research methods such as psychophysics.

The courses I currently teach to Optometry and Vision Science students inform about the psychology and neuroscience of visual and sensory perception, as well as the research techniques employed by research practice in these areas.

I am the course coordinator for:

Discipline of visual perception with emphases on cognitive and visual neuroscience.