Diwali (also Deepavali & Tihar) – is the festival of lights. Read here about the history and celebration of Diwali as authored by PhD Student, Divya Jagadeesh.

Once upon a time in India there lived a cruel king named Narakasura. This was during the Krita Yuga (or Golden age) approximately 4000 years ago. He was so powerful that all the kingdoms in the earth became under his control, and he had his eyes set on the kingdom of gods. It is said that he was so evil that he once imprisoned thousands of princesses and also stole the celestial earrings of Aditi, the mother of all devas or Gods. He was so powerful that the mighty lord Indra (King of the highest heaven) couldn’t defeat Narakasura. The lord Vishnu decided to reincarnate as lord Krishna (God of compassion, tenderness and love) who used a powerful weapon called Sudharshana chakra (a spinning weapon that looks like a disk) and beheaded Narakasura (pic below). All the prisoners were freed, and the people of the land were ecstatic about the victory of good over evil, and thanked lord Krishna. 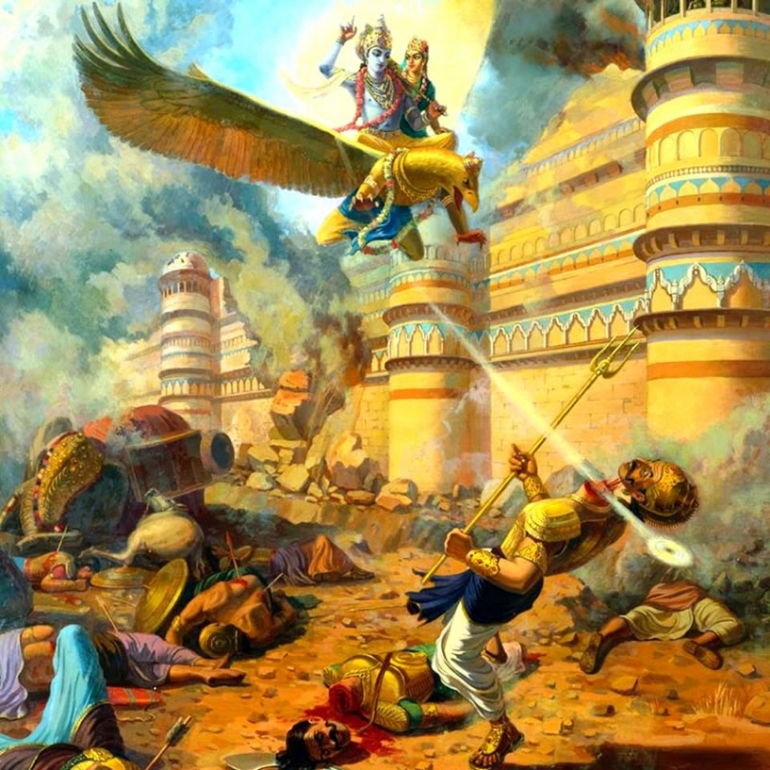 “Obliteration of Darkness is the nature of light. May the light arise in your life, to light you up and all that you touch on this festival of lights” – Sadhguru

Celebrations of Diwali every year – In 2020, November 14th

On Diwali, you will see every town, city and village is lit up with thousands of lamps everywhere. This festival is celebrated by Hindus, Jains, Sikhs, Newar Buddhists etc.

This is another auspicious time of the year that comes just before Diwali. It is the festival associated with the triumph of Goddess Durga (also called Shakti, the Goddess of strength) over the demon Mahishasura (pic below). It is said that it became very difficult to defeat the demon Mahishasura and Goddess Durga was created - the fierce one, depicted in the literature riding a lion and having 10 arms each carrying weapons. The Goddess Durga is a multidimensional deity who symbolises power, courage, fearlessness, feminine energy, desire, transformation, and strength. The nine nights of Navarati, each avatar of Durga was born to defeat the demon and the nineth day she became successful.

For nine nights and ten days Durga’s epic myth is recited and rituals are performed to invoke, propitiate, and honour Her various forms. It is said that Durga’s reflection is in every woman, it represents every woman and her innate power and strength. In some parts of India during Navratri, young girls in the family are offered new clothes, gifts etc as a mark of respect and to recognise the feminine power vested in them. 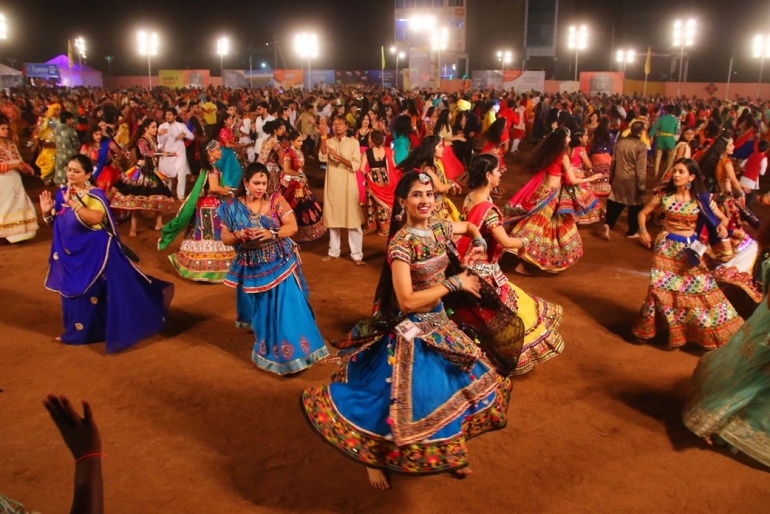