On Friday 16 April 2021 we farewelled long term academic Associate Professor Barbara Junghans, after 43 years of service to the school. 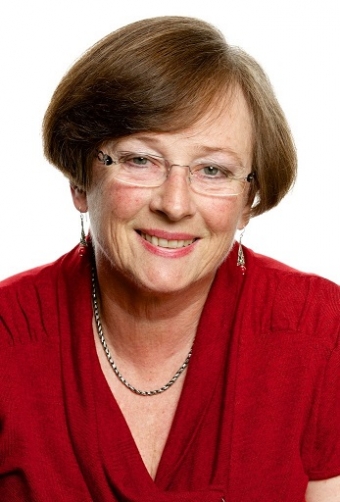 On Friday 16 April 2021 we farewelled long term academic Associate Professor Barbara Junghans, after 43 years of service to the school.

Associate Professor Barbara Junghans graduated from UNSW with a Bachelor of Optometry in 1972.  She worked in private practice for several years and then as a locum for 12 years while working part-time at UNSW as a Clinic and Pre-Clinic Supervisor.  She joined UNSW School of Optometry and Vision Science and commenced the teaching of primary care and clinical optometry in 1977.  She is the longest serving academic lecturer within the School.

More recently she lectured for VISN3111 Development and Aging of the Visual System stream and previously was the course convenor for OPTM2190 Introduction to Clinical Optometry and OPTM2133 The Clinical Environment.

Over the years, Barbara has been influential in mentoring and guiding junior academic staff in teaching Optometry and Vision Science.  She was promoted to Associate Professor in 2008 and has been the recipient of a UNSW Postgraduate Teaching Award in 2004, received a national citation for outstanding teaching by the Australian Learning and Teaching Council in 2009, a UNSW Vice Chancellor’s Excellence in Undergraduate Teaching Award in 2010, and in 2013 she was awarded the prestigious American Academy of Optometry Michael G Harris Educators Award,  a career highlight.  In 2015 Barbara was named in The Australian Westpac/Financial Review 100 Women of Influence for her service to optometry and in the same year was listed in the Women Research Pioneers of Australian Optometry.

Barbara co-established the Vision Education Centre (VEC) at UNSW School of Optometry and Vision Science which has examined over 18,000 school aged children since its inception over 28 years ago. The VEC was developed for our student clinicians to gain paediatric experience.  She was the School Advisor for many years, a role in which she excelled at, and was instrumental in the set-up of the Pre-Clinical teaching laboratory.

Barbara’s connection with the School will continue through her Honorary Associate Professor visiting academic appointment.

We will miss her energy, her passion for teaching and friendship (and of course her colour coordinated outfits with her glasses ).