October 3 is a public holiday in Germany that celebrates the unity of eastern and western Germany. 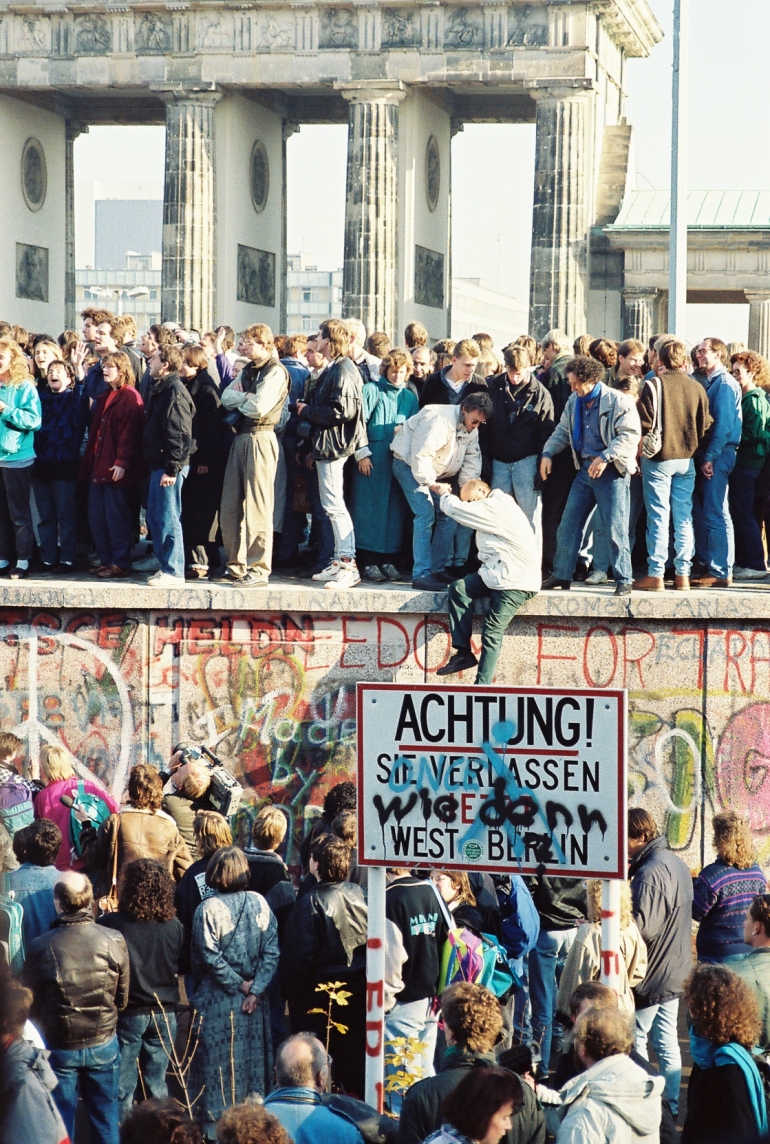 Germany is located in the center of Europe and shares borders with nine countries: Denmark, Poland, Czech Republic, Austria, Switzerland, France, Luxemburg, Belgium, and the Netherlands.  Germany is the second most populous country in Central Europe after Russia and many immigrants live and study in Germany. Germany is well known for great poets, such as Johann Wolfgang von Goethe and Friedrich Schiller, and many other writers, such as the Grimm brothers or Thomas Mann.  Because of this, the country is often referred to be the “Land der Dichter und Denker” or the “country of poets and thinkers.”

October 3 is a public holiday in Germany that celebrates the unity of eastern and western Germany.  After World War 2, the map of Europe was redrawn.  Germany, having been ruined by the destruction of war, was ultimately divided vertically into two countries.  The western lands were deemed the Federal Republic of Germany, owned by Germany.  The eastern lands were named the German Democratic Republic, owned by the Soviet Union.  In addition, the border between the two lands divided the capitalist west and communist east.  Therefore, it proved incredibly difficult to cross the border, known as The Iron Curtain.

In 1989, many communist countries began to reform.  East Germany remained communist, however, so large numbers of their citizens began to seek refuge by escaping west.  Berlin, being a divided city itself, saw massive amounts of citizens flooding the border checkpoints.  As a result, the Berlin Wall fell and The Iron Curtain with it.

October 3, 1990 is the day in which the German Democratic Republic ceased to exist, and its territory was given over to the Republic of Germany.  Thus, for the first time since 1945, there existed a single German state.

On this day, Germans celebrate with a three-day festival offering live bands, food, and drink.  Every year, a different German city hosts the national celebrations, but Berlin always puts on the grandest show.  This German holiday is the perfect time to try traditional German food.  Did you know that pork is the most commonly consumed meat in Germany?  At German festivals, you will find vendors selling Bratwurst, a pork sausage often served on a bun, and many other traditional foods and drinks.  The most famous German foods include sauerkraut, sausages and Brezeln (pretzels).  Below you will find a couple of recipes to make for a classic German meal. 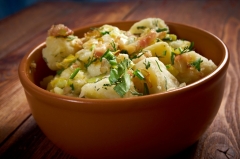 Bratwurst on a Bun 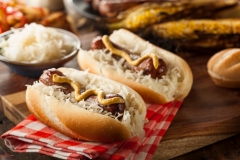