Congratulations to Professor Konrad Pesudovs who is this year’s recipient of the American Academy of Optometry Foundation Glenn Fry Award and Lecture. 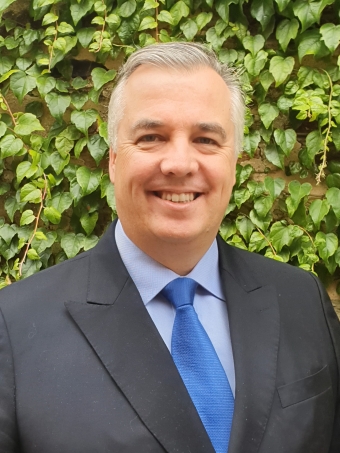 Congratulations to Professor Konrad Pesudovs who is this year’s recipient of the American Academy of Optometry Foundation Glenn Fry Award and Lecture.  This award recognises a distinguished scientist or clinician for their current research contributions.

Professor Pesudovs’ work has been recognised internationally and he is currently the highest-ranked optometrist globally for citations to his research work.  Importantly, he has changed practice to deliver improved outcomes for patients. His expertise is in ophthalmic outcomes research to better understand the impact of visual correction, ocular disease and visual performance on a person’s quality of life and ability to function. He has raised the bar in this field through the rigor of his approach in applying Rasch analysis to outcomes measure questionnaires to improve their measurement qualities, interval scaling and utility. We now have scales we can reliably use across a range of important conditions, including screening for cataract surgery, measuring cataract and refractive surgical outcomes, interventions in keratoconus, quality of vision in different refractive correction modalities, low vision, age related macular disease, diabetic eye disease, glaucoma surgery, uncorrected refractive error, hereditary retinal diseases and eye pain.

Konrad described the first item bank in ophthalmology for the measurement of visual disability which represents a very significant step change in patient reported outcome measures. This program of work has been well funded through Government competitive grants and Konrad has trained a large number of clinician scientists to be able to expand the science beyond these areas.

The quality of his research contributions is evidenced by the uptake of research outcomes in public health programmes internationally using his outcomes measure tools in public cataract surgery. The Catquest 9SF tool is arguably the most widely used instrument internationally to reliably determine patient-reported outcomes of cataract surgery and it has been translated and revalidated in many populations and languages. His H-index is 60 and his work has been cited over 50,000 times, which illustrates the wide reach, impact and relevance of his research.

Konrad’s work has been recognised through several international awards, including the Waring Medal from the International Society of Refractive Surgery in 2006, the Irvin M and Beatrice Borish Award from the American Academy of Optometry in 2008; he has received the Garland Clay award from the American Academy of Optometry twice, in 2008 and 2011; the H Barry Collin Meal from Optometry Australia in 2020 and he has been recognised as the International Optometrist of the Year in 2018. His research has been continuously funded from Government competitive grants in Australia, USA and the UK. In leadership, he has served on several international committees and consensus groups on safety and quality of healthcare and on the editorial board of several key optometric journals.

Konrad joined UNSW School of Optometry and Vision Science in 2020 as a Professor through the Strategic Hires and Retention Program.  He came to UNSW from Flinders University, South Australia where he was the Foundation Professor of Optometry, charged with establishing and leading the accreditation of a new optometry school and Masters in Optometry programme between 2009 and 2017.

He was delighted when announced that he was the recipient of this award and stated “It’s an amazing honour to selected as the American Academy of Optometry’s Glenn Fry Awardee for 2021.  To see my name on the same list as all of my heroes of Optometry is shocking and humbling.  I’m proud of what I have achieved so far in my career and I hope I can justify this award by continuing to do useful research and by making other valuable contributions to Optometry.”